The Independent Research Fund Denmark (DFF) supports this year three researchers from the Department of Mathematical Sciences with grants of between two and 2.9 million DKK.

Independent Research Fund Denmark funds specific research activities within all scientific areas that are based on the researchers' own initiatives and that improve the quality and internationalisation of Danish research. The fund received 1,797 applications for the 2020 grants. 202 applicants received grants totaling DKK 696 million.

Associate Professor Elisenda Feliu is a leading member of the department’s research group Mathematical Biology. Elisenda has previously received a Sapere Aude Starting Grant from DFF, as well as research funding from the Novo Nordisk Foundation and Lundbeck Fonden. Elisenda is a member of the Young Academy.

The new research project, "Model reduction and Hopf bifurcations in reaction networks", for which Elisenda has received DKK 2.9 million she describes as follows:

“Sustained oscillations are prevalent in cell biology and play critical roles in cellular dynamics. In order to understand why, how and when oscillations arise, and gain insight about the complex system of interest, mathematical models are being increasingly employed.

In this project, we aim at devising new techniques to decide upon the existence of periodic solutions in systems of parametrized ordinary differential equations built from reaction networks. In particular, we study the problem of deciding whether the system admits a Hopf bifurcation, which will so lead to oscillations.

The computational cost of current available techniques is prohibitive for realistic models. Therefore, we will study model reductions, involving intermediate species that preserve the occurrence of Hopf bifurcations. We will use the gained insight to resolve the long-standing problem of deciding whether a benchmark cell signaling motif admits Hopf bifurcations.” 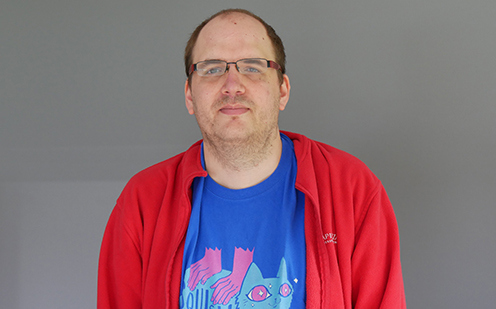 Professor Karim Adiprasito joined the department’s Algebra & Geometry Section in September 2019. He has received numerous awards, including the European Combinatorial Award in 2015, the New Horizons Prize in 2019, and the European Mathematical Society Prize 2020. The Israel Science Foundation and a European Research Council Starting Grant have supported his research.

He describes the new project, "Combinatorial, algebraic and geometric aspects of highly complex structures", for which he receives DKK 2.8 million, thus:

“I have proposed the study of highly complex discrete structures using novel algebraic and geometric tools. Differential and algebra-geometric tools are highly developed, but often can not adequately be applied to discrete problems, as is desirable for applications in, for instance, optimization or the understanding of complex networks.

Hence, the extension of these techniques is highly desirable: first, for applications, and second, as a way to test the limits of geometric techniques. The project proposes the study of specifically geometric, and in particular Hodge type structures on simplicial complexes, and applications towards the complexity of combinatorial objects.” 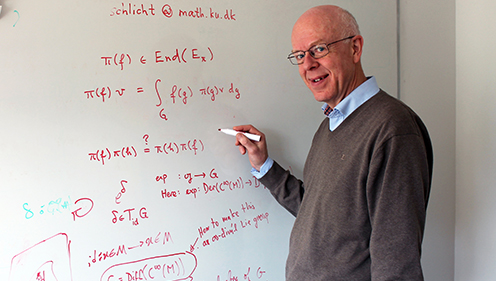 Professor Henrik Schlichtkrull has been researching and teaching at the University of Copenhagen since 1984; since 2005 as Professor at the Department of Mathematical Sciences. He is a part of the section Analysis & Quantum.  He is a member of the The Royal Danish Academy of Sciences and Letters.

Henrik has received 2 million DKK for the project "Representation theory for real spherical spaces", which he has described as follows:

The long-term goal is to establish a theory of harmonic analysis, and the specific focus of the project is to obtain a comprehensive description of the discrete spectrum. An important objective is to establish a necessary geometric condition for existence of discrete series. Previously (joint with F. Knop, J. Kuit, B. Krötz and E. Opdam) we suggested a condition, related to moment map geometry of the space, and proved that it implies existence. We aim to prove also necessity of the condition, thus generalizing work of Harish-Chandra.”