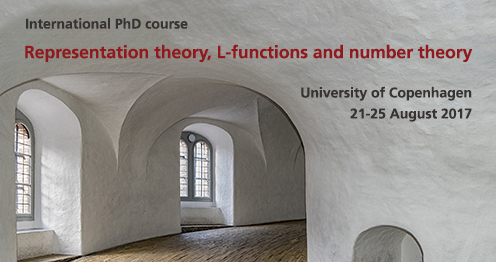 The course will take place at the Department of Mathematical Sciences, University of Copenhagen. See detailed instructions on how to reach Copenhagen and the conference venue.

The masterclass consists of 3 graduate level mini-courses. Each of the mini-courses should be accessible to a first year PhD student or a second year master student in pure math. Courses in analytic number theory and advanced algebra are recommended but not a prerequisite.

Graduate students and other early career researchers can apply for financial support to partly cover local expenses. If you wish to apply for support, please indicate this on the registration form. The support should be roughly DKK 500 per day, at most DKK 2500 in total. Limited additional funds to support travel for US participants are available.