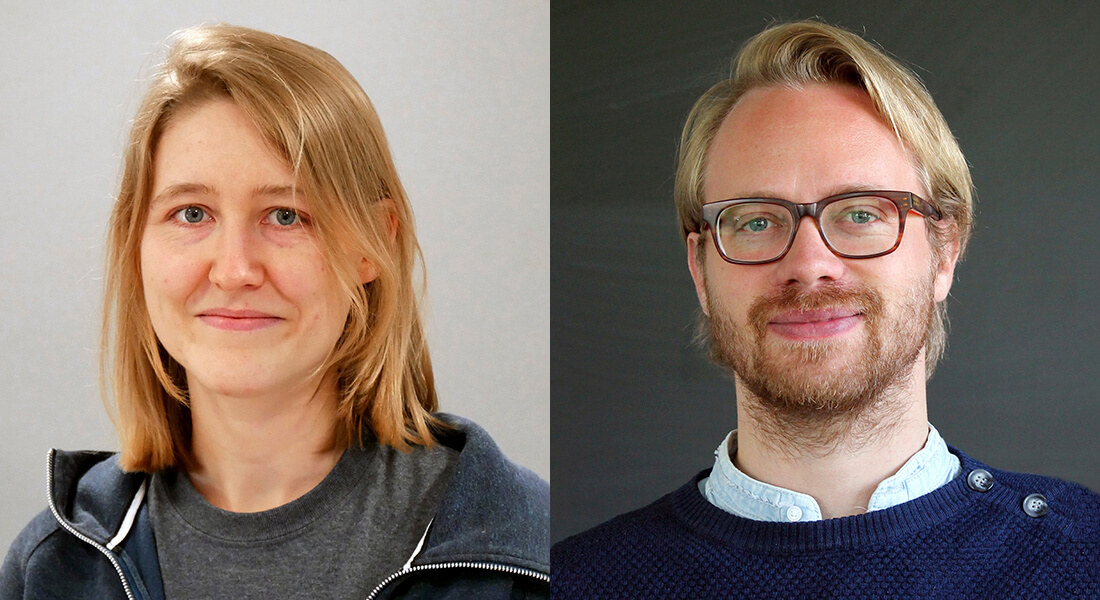 The Carlsberg Foundation this year awards record grants For Danish basic research. 292 of Denmark’s most imaginative and visionary researchers are receiving a research grant - a total of DKK 456 million is being awarded.

The purpose of this instrument is to promote the opportunities for researchers to make their way by establishing their own independent research groups. The two MATH researchers will employ a postdoc and a PhD student for each project.

Associate Professor Jasmin Matz has worked in the Algebra & Geometry Section at the Department of Mathematical Sciences since October 2019. Previously, a senior lecturer at the Hebrew University of Jerusalem. Her research project is called “Density and Approximation in Automorphic Families”.

“We want to combine methods from various areas of mathematics to push beyond the current state of knowledge”, Jasmin states.

“Our goal with this project is to uncover fundamental results at the intersection of various mathematical areas, all centered around number theory”, Jasmin explains.

Number theory is one of the oldest branches of mathematics, rooted in our quest to understand the integers and related objects. The area has developed immensely over time, influenced and influencing other areas of not only mathematics, but also physics, computer science, and engineering.

“The focus of my project lies in the area of automorphic forms and their relation to spectral theory which has been a particularly fruitful and exciting area of number theory, and lies right at the intersection of not only various mathematical fields but also mathematical physics”, says Jasmin.

“It is thus of huge importance to continue research in such abstract areas even without concrete applications in mind as those might emerge at a later and often unexpected point”.

Niels Martin Møller joined the department in 2016 as an assistant professor and was appointed associate professor in September 2020. He too is a member of the Algebra & Geometry Section. He has played a pivotal role in the foundation of the Copenhagen Centre for Geometry and Topology.

Niels Martin Møller calls his project “Geometric Analysis of Optimal Shapes”. The following are extracts from his project application:

“Soap bubbles are useful even when they live only in our imagination, as theoretical tools to study all possible topological shapes of space - such as the very universe we inhabit. They also have deep applications in defining the centre of mass of a physical universe.

“You might think that you could do this with just your school physics formulas. However, in modern physics, the world is not so easy to cut into pieces and add back up. Ever since Einstein, we are dealing with what mathematically speaking is called a nonlinear problem with boundary conditions”, explains Niels Martin.

“Geometry is quite literally everything we see around us. However, there's also lots of hidden geometry in the shape of spaces, which may not at first glance seems like spaces at all - such as sets of coordinates in a data set, carved out by constraint equations. The by far most successful models of anything in our observable physical world are also cooked up in terms of differential geometry and concepts of energy, which lead to (partial) differential equations.

“This is in a precise sense witnessed by physical laws ranging from Galilei and Newton over Maxwell's electromagnetic theory of light to Einstein's general relativity, quantum field theory and The Standard Model of particle physics. Even the famous Higgs boson was discovered theoretically first, via advanced tools in geometry and differential equations known as principal fibre bundles and gauge theory.

“This is ultimately why we are interested in developing such new geometric descriptions of spaces and optimal shapes. To study their structures. Understanding our world much more in-depth, which down the long road will allow us to interact in this world in brand new ways. For great, as of yet unknown, benefits to humankind and society,” Niels Martin promises.