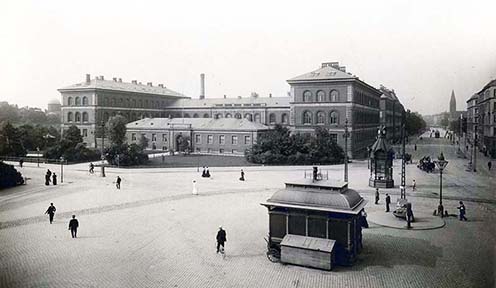 Mathematics got its first separate location at the university in 1907 when a small room at the Polytechnic College at Sølvtorvet, called the Mathematics Laboratory, was fitted up for the purpose. 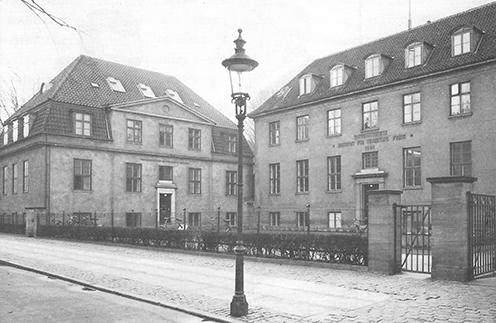 In 1934 the laboratory changed its name to the Department of Mathematics (Matematisk Institut) when it moved into a new separate building next to Niels Bohr’s Institute of Theoretical Physics on Blegdamsvej. In 1963 the department moved to its present location in the H.C. Ørsted Institute.

Second, in the year 2000 the Laboratory of Insurance Mathematics that had also resided in the H.C. Ørsted Institute since 1963 was merged with the Department of mathematical sciences. The first professor of insurance mathematics had been employed in 1916 (as an associate professor, then 1923 as full professor).

Finally, in 2012, the mathematicians and several of the statisticians of the former School of Agriculture were added to the Department. The Royal Veterinarian and Agricultural College had been founded in 1858. From 1908 some of the students were taught mathematics and from 1922 also statistics. The teacher was at first employed as a docent but from 1940 the position was upgraded to a full professorship.