Albert H. Werner, Postdoc in quantum information at the Department of Mathematical Sciences, University of Copenhagen, has received 10 million DKK from the VILLUM Young Investigator Program.

The grant will enable him to establish an independent research group on “Exotic Phases in Interacting Quantum Many-Body Systems: Disorder and Topological Characterization”.

Interactions and impurities can profoundly change the physical properties of quantum many-body systems. Both effects can lead to the formation of new phases of matter that have no counterpart in our daily experience. Making use of advanced mathematical tools from quantum information theory, Albert H. Werner’s project will analyse the interplay of disorder and interactions in quantum systems in terms of their transport and correlation properties. 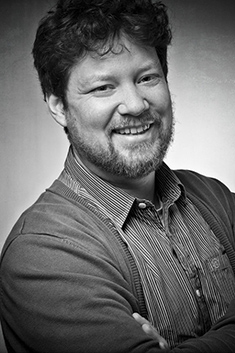 - It is a very dynamic and exciting time for quantum information research, says Albert.

- With so many players such as Google, Microsoft, IBM and joining the stage, many experimental setups in this area are at the brink of becoming technology. Hence, there is a need for precise and general error models and a fair assessment of the capabilities of such quantum devices. This grant will allow me to set up a team and contribute to these exciting developments.

The grant funds the recipient, two PhD students and a postdoc.

Albert graduated from the Technical University of Braunschweig and was until 2013 a PhD student in the group of Reinhard F. Werner at the Leibniz University of Hannover. He subsequently worked as a Postdoc at the Dahlem Center for Complex Quantum Systems at the Freie Universität Berlin. In 2016, he joined the QMATH Center at the University of Copenhagen with a Feodor-Lynen-Research-Fellowship awarded by the Alexander-von-Humboldt Foundation in Germany.

- One of the main goals of this proposal is to understand how experimental imperfections can impair the computational power of quantum devices and how we can counteract this. At the same time, this is also connected to more fundamental questions about quantum many-body systems in relation to the impact of disorder and random impurities and their interplay with the interactions present in such systems.

The Villum Young Investigator Programme funds particularly talented younger researchers in the technical and natural sciences. The applicants must have a clearly defined goal for their research for a period of five years and the project must be of a scale that requires the establishment of a research team.