The gold medal from The Royal Danish Academy of Sciences and Letters was awarded for a lifelong effort for Danish science. HM The Queen presented the award at a celebration on the occasion of the Queen's 80th birthday.

With her 81 years, many scientific articles and contributions within mathematics, and her continued work, Gerd Grubb, Professor Emerita at the Department of Mathematical Sciences, University of Copenhagen, is an inspirational beacon in the Danish research world.

- It is a completely unexpected and pleasant surprise that the Academy has decided to award me the Gold Medal, and that I will even receive it from the Queen…, says Gerd Grubb in response to the announcement of the honorary award.

- I am especially pleased with the award because the initiative comes from my Danish colleagues. With a highly internationalized topic, where research is largely based on communication with colleagues in distant places around the world, one could fear being overlooked in one's home country; it contradicts this honour, and strengthens the subject. It is also a joy to receive such recognition at my age.

As the first woman in Denmark to write a doctoral dissertation in mathematics, and the first female professor of mathematics at the University of Copenhagen, she has moved in a male world throughout her career. But she is also a loner in terms of research, as it is called in the recommendation:

- Gerd Grubb is a mathematician at the international top level. She is in many ways a loner in Danish mathematics, and it is not because she is a woman in a man's world. This is first and foremost because for a lifetime she has almost single-handedly been the Danish representative of a branch of mathematics which, worldwide, constitutes a very large part of mathematical research, namely the subject of partial differential equations.

The partial differential equations can, for example, describe the movements of liquids around a ship's hull or the turbulences of airflow around an aircraft wing. She has primarily dealt with "pure" mathematics and left others with the practical applications. Although she has always kept in touch with the practitioners and focused on the interdisciplinary, because "… their problems are a measure of whether my ideas can be used", as she has stated.

Gerd Grubb has dealt with some of the most difficult problems in partial differential equations, where she as a mathematician has solved fundamental mathematical problems, and at an international level, she has been one of the leading forces in the efforts to incorporate boundary conditions in pseudo-differential theory.

With the receipt of the medal, Gerd Grubb comes in a very fine company. It has previously been awarded to, among others, HM Queen Margrethe, physicist Jens Martin Knudsen, engineer Haldor Topsøe, geophysicist Inge Lehmann and King Frederik the 9th. This year it is awarded for the 20th time since 1942, and Gerd Grubb is the 5th female recipient.

The presentation took place in connection with the Society of Sciences' celebration of Queen Margrethe's 80th birthday in the Festival Hall at the New Carlsberg Glyptoteket on 21 October 2020. 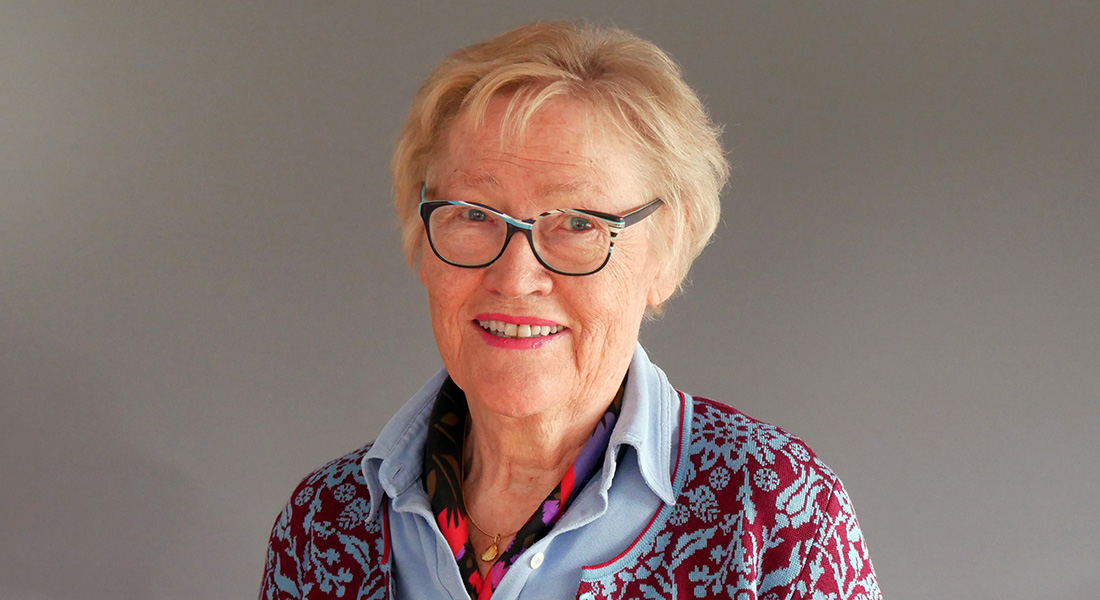 Friday 23 September 2022 the Department of Mathematical Sciences will celebrate Gerd Grubb. We invite all to a lecture and a reception. Time and location will follow. The celebration was initially planned for 2021 but was postponed due to the corona situation.