Tenure-Track Assistant Professor Niels Martin Møller has received a “Sapere Aude Starting Grant (Research Leader)" from the Independent Research Fund of Denmark. The grant is aimed at highly talented younger researchers who have already demonstrated the ability of original research at a high international level.

"Getting into the Sapere Aude program means that I can really start building up my own research group at the University of Copenhagen. This will allow many more of my research ideas to be realized. In addition, I get support to keep in touch with the American research community - where I spent almost a decade of my career - as well as building and strengthening the network here in Europe," says Niels Martin Møller.

Niels Martin's research interests lie in geometric analysis, which is the study of the differential equations that are associated with the understanding of geometric shapes. In particular minimal surfaces, which are - slightly simplified - subdivisions of space with the least possible area under the given conditions, and mean curvature flow. 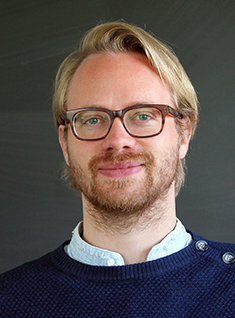 "On the whole, the project deals with the study of geometric spaces using the equations for optimal geometric shapes. A tangible example is the shortest paths between nearby points on a surface, such as on Earth. A differential equation can be used to study their properties. You cannot generally write down solutions for such complicated equations, but need to find new indirect methods to derive information about the behavior of the solutions. Via computer simulations you can get an idea of some aspects, but you can’t draw any particularly general conclusions. That needs mathematical proofs."

"You will need partial differential equations as soon as you want to describe quantities which change in more than one direction in space or time. It is therefore natural that they appear everywhere, from statistics to string theory and meteorology, from geology to evolutionary biology and finance. The most immediate perspectives in this research project include the development of strong theoretical tools that can be used elsewhere in mathematics."

Niels Martin Møller is employed as a tenure-track assistant professor at the Department of Mathematical Sciences, where he is affiliated with the section for Geometric Analysis and Mathematical Physics.

He obtained his bachelor's and master's degrees from Aarhus University, and the PhD degree from the Massachusetts Institute of Technology (MIT) under the guidance of Tobias H. Colding. He was then employed as Instructor at Princeton University, USA, and after that as the S.-S. Chern Senior Postdoctoral Fellow at UNESCO's International Centre for Theoretical Physics (ICTP) in Italy, and a member of the Mathematical Sciences Research Institute (MSRI) in Berkeley, California, USA.

Sapere means to think, understand, reflect. Independent use of reason is emphasised. A direct translation might be ‘dare to think for yourself’ or 'dare to know'.

"Sapere Aude Starting Grant” aims to provide highly skilled, younger researchers with the opportunity to go into depth with important research ideas. The instrument also aims at promoting mobility between research environments and strengthening the researcher's network and career.

The target group is particularly talented younger researchers who are prepared to lead a research project with several participants at a high international level.