Jed Kaniewski started at the department on 1st January 2016 as a postdoc with the Villum Center for Excellence in the Mathematics of Quantum Theory (QMATH). His postdoc mentor is Matthias Christandl. 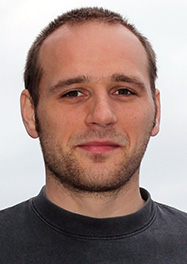 Jed has an undergraduate degree in chemistry and a Master's in applied mathematics (from Cambridge University, UK).

Jed's PhD was on "Relativistic quantum cryptography" and was conducted at National University of Singapore under the supervision of Stephanie Wehner (currently at Delft University of Technology, The Netherlands).

Jed is interested in quantum information theory with particular focus on quantum cryptography, device-independence, self-testing and monogamy of correlations.

As a PhD student in South-East Asia Jed exercised his passion for rock-climbing and long-distance running. The first discipline will be difficult in Denmark, but he looks forward to the second.