Karen Vogtmann is behind a large number of scientific breakthroughs, the most famous of which dates back to 1977, when she and Marc Culler defined a geometric object now known as Culler-Vogtmann Outer Space. The object geometrically describes the largest collection of symmetries, that symmetries freely generated by n elements themselves have. Outer Space can be used to better understand these symmetries, wherever they appear, as they do in many places in mathematics, but also in evolutionary biology. The image, by Karen Vogtmann, shows what Outer Space looks like when n = 2. 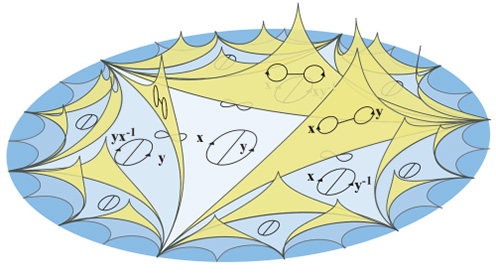 Karen Vogtmann is an American citizen. She was Goldwin Smith Professor of Mathematics at Cornell University for many years prior to crossing the Atlantic to England a few years ago to become a professor at the University of Warwick. Vogtmann’s Danish roots are from grandparents who were from Taasinge and she has visited the Department of Mathematical Sciences at the University of Copenhagen on several occasions. 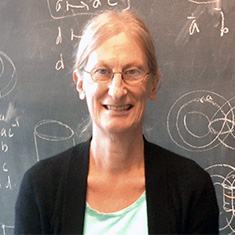 She has received a number of awards for her work in mathematics, including the Royal Society Wolfson Research Merit Award and the Humboldt Research Prize in 2014, as well as the Clay Senior Scholar Award in 2015.

Karen Vogtmann will be awarded with an honorary doctorate at the UCPH Annual Commemoration scheduled for 17 November 2017.

She will present an honorary doctorate lecture entitled "Spaces of graphs" the previous day. The lecture will be presented in auditorium 4 at the Department of Mathematical Sciences on Thursday, 16 November at 15:15 and will be followed by a reception in honour Karen Vogtmann at 16:15.