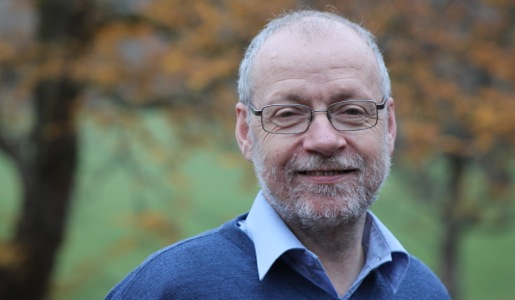 The European Science Foundation (ESF) has awarded this year’s European Latsis Prize to Professor Uffe Haagerup, an eminent mathematician at the University of Copenhagen. The theme for this year’s prize was “Mathematics” and Professor Haagerup was awarded the prize for his ground-breaking and important contributions to operator algebra, in addition to other new and challenging areas of mathematics.

Funded by the Geneva-based Latsis Foundation, the European Latsis Prize is valued at 100,000 Swiss francs (€83,000). The prize is awarded to an individual or a research group who, in the opinion of their peers, has made the greatest contribution to a particular field of European research.

“I am honoured to be considered for this esteemed award, it is very gratifying to have my work recognised in such a way” said Professor Haagerup. “I have devoted my career to mathematics and I’m very passionate about it. I’ve been interested in mathematics from an early age. Since the age of ten I would join a friend of the family, a land surveyor, at work and help him to measure fields and learned about sine and cosine long before I studied these at school.”

Professor Haagerup is honoured for a lifetime of groundbreaking research in operator algebras. He has authored over 90 academic papers and he was also editor-in-chief of the journal Acta Mathematica from 2000-2006. In addition to this, Professor Haagerup has been the recipient of several prestigious awards during his career. Highlights include: The Samuel Friedman Award in 1985, the Ole Roemer Award in 1989 and a Humboldt Research Award in 2008.

Professor Haagerup first achieved recognition, and then fame, for his ability to solve very difficult challenges left open by other distinguished mathematicians. Most of his work has been in the field of operator algebra, territories known as ‘Banach space’ and other problems in pure mathematics that have important applications in quantum field theory.

His name is widely cited in mathematical circles and he is also one of that rare class of researchers whose names have entered the mathematical lexicon: there is a Haagerup property, and even a result acclaimed as “the extended Haagerup proberty”.

The criteria used in the selection procedure are scientific excellence, the enhancement of knowledge, societal impact, and contribution to European progress.  The nominations were evaluated by a jury of eminent scientists in the field [Professors Mats Gyllenberg, Jean-Pierre Bourguignon, Ana Bela Cruzeiro, Gert-Martin Greuel, George Papanicolaou and Claudio Procesi]. Professor Mats Gyllenberg, chairman of the jury that recommended Professor Haagerup as the winner of this year’s prize commented “Professor Uffe Haagerup is a highly esteemed mathematician. He was chosen for this award because of his unique achievements and contributions to mathematics”.