Associate Professor Jesper Lund Pedersen and postdoc Alexandra Muñoz have received funding from the Villum Foundation to think outside the box. Their projects could lead to radical breakthroughs within mathematics. If they succeed.

"The VILLUM Experiment" is a totally new way to distribute research funding. The applicant's CV or networks will not be taken into account. All applications will be treated anonymously by the reviewers.

Thus, VILLUM FONDEN's aim is to support very special research ideas that challenge the norm and have the potential to fundamentally change the way we access important topics. The reviewers are asked to identify the ideas they regard as being genuinely innovative. Maybe only one in ten projects will prove capable of yielding something unique.

The Foundation has just awarded DKK 71 million to 39 unorthodox and potentially ground-breaking experiments. These experiments span a wide range: Topics include everything from biology to quantum physics, conversion of CO2 to climate-friendly material, cars that change color, systems that recognize insects without having to capture them first.

17 of the 39 experiments will take place at the University of Copenhagen. Two of the researchers are from the Department of Mathematical Sciences. 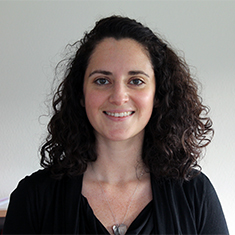 "The main hypothesis that the experiment is based on is a bold challenge to of the central doctrines in modern science - that an organism's cells are solely controlled by the genetic material DNA. Just as quantum mechanics can describe a different layer of a physical system, this experiment will attempt to uncover another layer in the regulation of cells that functions when the genome is defective.

It is a high-risk experiment that could yield fantastic results or nothing. If the hypothesis turns out to be correct, the experiment will revolutionise and redefine our understanding of cell biology and have potentially ground-breaking influence on our understanding of, among other things, cancer. But the hypothesis may prove to be incorrect. Even then, the development of the proposed mathematical model will offer a unique and valuable framework for the conceptualisation of the cells." 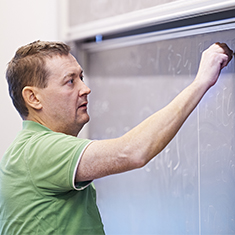 Jesper Lund Pedersen, associate professor from the Section for Insurance and Economics, has received DKK 1.8 million for searching for mathematical solutions on an area, which today is considered to be out of reach. If successful, it could help to improve the performance of atomic clocks, control satellites, land planes and detect earthquakes.

The problems involved in quickest detections arise from the need/desire to detect changes in observed data as quickly as possible after they occur in real time. These problems date back to the 1960s in the context of radar detection. Today quickest real-time detection is of great importance in many applied settings in engineering and the natural sciences - and a wide variety of other ﬁelds such as medicine and ﬁnance.

We are observing a stochastic process with given probability characteristics which become altered at some unknown time which is not directly observable. The problem is to detect the time of change as accurately as possible using only the observations of the stochastic process itself.

Since exact detection is impossible, this ‘accurately’ means not beeing ‘too early’ (false alarm) nor ‘too late’ (detection delay).

- This should lead to faster and more eﬃcient quickest detection. The idea is fundamentally new and the approach creates unconventional scientiﬁc challenges that have never been met in quickest detection before, explains Jesper.

Read more about the VILLUM Experiment