The Dean has appointed Charles H. Bennett of IBM, a pioneer of quantum information science, affiliated professor at the Department of Mathematics.

- I believe it will be an enrichment for our department to have Charles Bennett as an affiliated professor, says Professor Matthias Christandl from the department’s Centre for the Mathematics of Quantum Theory (QMATH).

- His enthusiasm and engagement inspire both researchers in our field at QMATH, but also more broadly in mathematics, physics and computer science. Concretely, MATH and indeed the entire Faculty of Science would benefit from his increased presence, which we expect to be at least once a year for several weeks.

QMATH, together with the Niels Bohr International Academy (NBIA), hosted Charles Bennett last year for an extended stay under the SCIENCE Guest Professor Program. His visit was inaugurated with a joint workshop on his recent interest in the understanding of the information paradoxes of the universe.

During lunch conversations, Charles Bennett inspired both faculty and students with his thoughts on resolving these fundamental issues as well as issues relevant in today’s information technologies.

Charles H. Bennett holds a degree in chemistry from Brandais University and a PhD from Harvard University. In 1972, he joined IBM Research, where he made the profound discovery that computation without energy dissipation is possible. In 1982 he solved the paradox of Maxwell demon in thermodynamics.

In 1984, Charles Bennett and Gilles Brassard proposed a protocol for the perfect security of point-to-point communication by the transmission of quantum states of light. This protocol is now known as BB84, implemented in practice and one of the cornerstones of the field of quantum information theory. Bennett and Brassard were awarded the Wolf Prize in physics for their discovery in 2018.

Charles Bennett is considered the father of the quantum information science community both through his seminal contributions to the field, but also through fostering a collaborate and inclusive spirit. 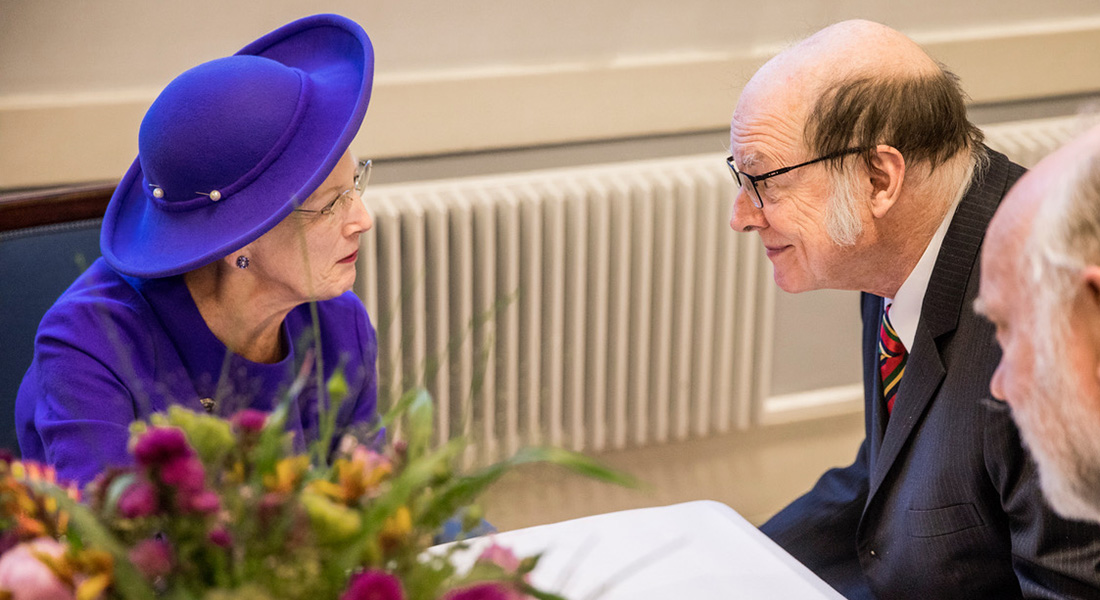 Charles Bennett was awarded an honorary doctorate from the University of Copenhagen upon recommendation of MATH at the annual commemoration at UCPH, November 8, 2019.