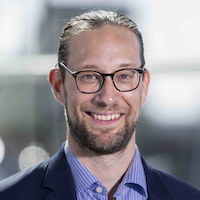 We have an exciting environment for quantum information science in Copenhagen! If you are interested in working as a PhD student and postdoc, just send me an email. Official calls for PhD students and postdocs are administered through my department every Fall (Phd and postdoc) and Spring (PhD only).

I am Professor in the Department of Mathematical Sciences at the University of Copenhagen, Center Leader of the Quantum for Life Center funded by the Novo Nordisk Foundation and co-PI of the VILLUM Foundation research centre QMATH, the Centre for the Mathematics of Quantum Theory. I am also heading the UCPH Quantum Hub, a cross-departmental and cross-faculty collaborative initiative.

You find all my publications (including preprints) here and all recent presentations here. You can also find many talks that I have given on youtube.