The grant will be used for the project “Dynamical Systems: Mathematical Modeling and Statistical Methods for the Social, Health, and Natural Sciences”. The aim is to develop mathematical models and statistical methods for describing and understanding complex dynamical systems in these research areas. The project is very ambitious in its interdisciplinarity, which includes seven research groups from SCIENCE, SUND, and SAMF. The figure below illustrates how the project both will nourish already existing research collaborations as well as creating new collaborations with new synergies. 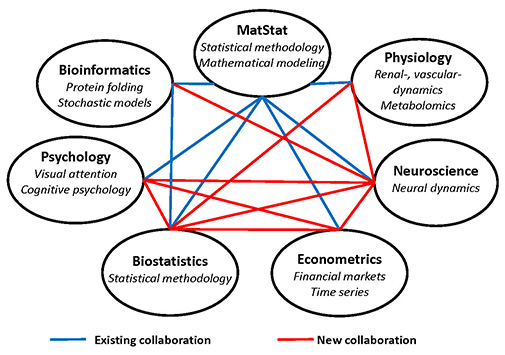 New and existing collaborations in the project

One of the mayor challenges in science today is the big imbalance between the massive amount of data enabled by technological progress and the insufficient theoretical understanding of the underlying mechanisms. In this aspect Mathematics and Statistics are ideal for bridging the gap between empirical observations and theoretical explanations. The project aims to integrate the development of methodology with the actual data by close collaborations between mathematicians, statisticians and prime researchers within the fields of econometrics, physiology, neuroscience, psychology and bioinformatics focusing on finding simple structures in the very complex data.

Developing the mathematical and statistical models enhances the possibility for identifying mayor impact factors as well as mutually dependent feed back mechanisms. The observed systems tend to operate far from equilibrium, and this combined with non-linearities and random effects often implicates that the systems react differently from what we intuitively expect. We are therefore bound to rely on mathematical models to thoroughly understand the systems. 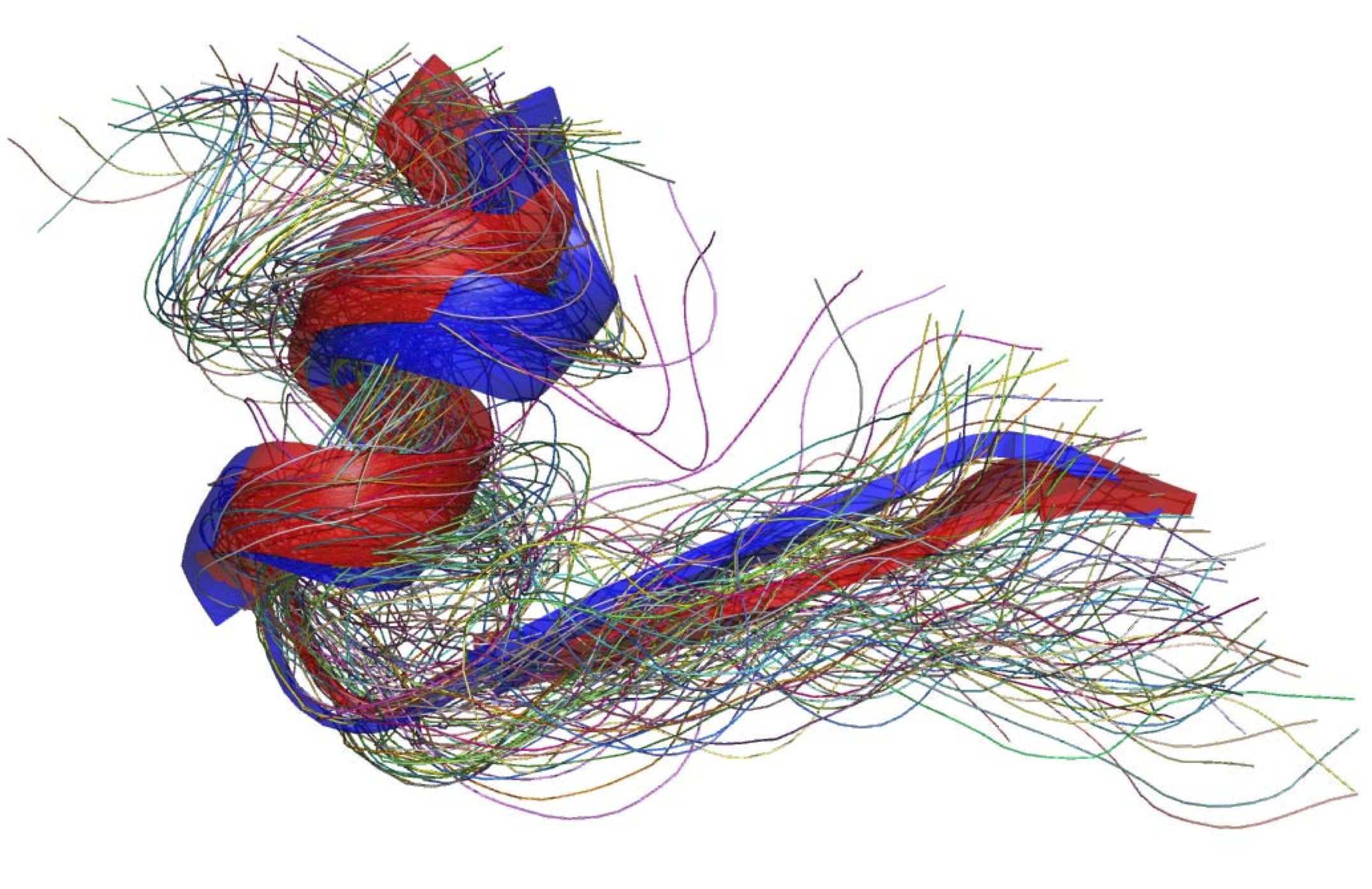 In the assessment of the project a reviewer highlights, that “The statistical and mathematical competence is unique and surprisingly absolutely adequate to the ambitious goals of the project”. Another reviewer notes the potential to make fundamental and substantial contributions to fulfill the 2016 Strategy of University of Copenhagen.

Professor Susanne Ditlevsen herself is looking forward to interdisciplinary work, where “profound expertise from the specific areas will be combined with our mathematical and statistical insight and intuition”. She is convinced that the combination of researchers from diverse disciplines will “force us into new ways of thinking, where we can achieve unexpected results and develop new methods”. 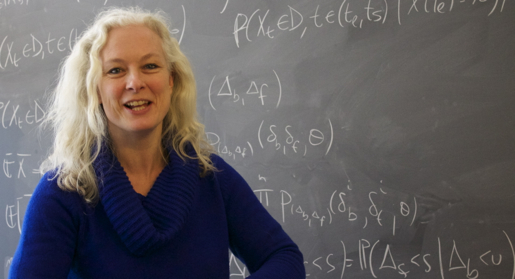 Professor Susanne Ditlevsen is cand.scient in mathematics from both Universidad Nacional de Educación a Distancia in Spain and in statistics from University of Copenhagen. She got her PhD in Biostatistics in 2005 and was subsequently employed at Department of Biostatistics until she in 2007 moved to Department of Mathematical Sciences. For the last three years she has been head of the big and strong research group in Statistics and Probability Theory. A carreer and a person described by a reviewer as: “a young brilliant recently appointed professor”, which is expected to be an excellent leader of the project.

We wish Susanne all the best and good luck with the project!