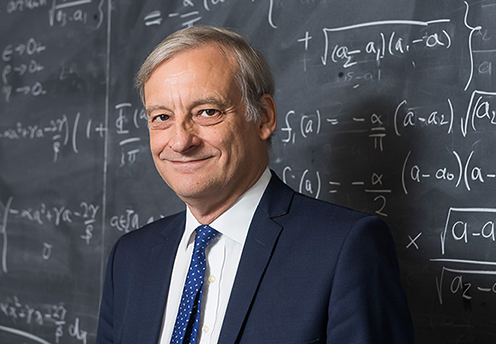 John Wheater is Professor of Physics at the University of Oxford, where he has been on the faculty for 33 years, and Head of Department 2010-18.

He graduated in Physics at Oxford in 1979 and did his D.Phil. on electroweak radiative corrections. He joined the academic staff in 1985 and is a Fellow of University College. He received the 1993 Maxwell Medal and Prize of the Institute of Physics.

John Wheater’s research interests while in Copenhagen, are discrete representations of quantum gravity and quantum geometry in 2, 3 and 4 dimensions - including