Cello and chalk – Bach and Fermat 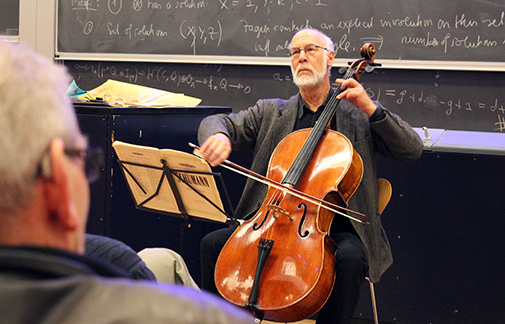 Kreck plays the cello and began the event playing some powerful Bach. Then he talked about Fermat’s Two Square Theorem from 1640, the proof from Euler hundred years later, and other proofs that followed.

After an intermission - and some Schumann on the cello - he then demonstrated the “one-sentence-proof” by Don Zagier. The purpose was "to make everybody feel the joy of the rigorous statements and arguments". 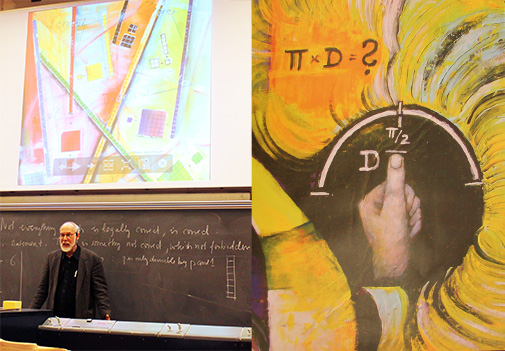 The math and the music were accompanied by paintings by Luitgard Ilg from Mainz, explaining some of the mathematical statements, combining both parts of the brain - since they were are at the same time emotional and geometric.