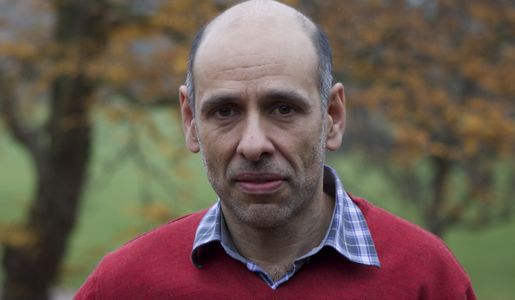 Professor in mathematics Jan Philip Solovej from Department of Mathematical Sciences, University of Copenhagen has passed the competitive selection and receives a 5-year advanced grant from The European Research Council (ERC) at a total of 1.5 million Euros. These grants are solely given to exceptional established research leaders to pursue ground-breaking, high-risk projects.

With this grant Professor Solovej will be able to consolidate his position as one of the internationally leading researchers within the area of mathematical physics. His research is on the boundary between mathematics and physics, and the project named The Mathematics of the Structure of Matter will involve mathematicians and physicists from around the world.

The project aims at analysing and developing the mathematical models used in physics for describing matter and its structure. It revolves around uncovering to what extend these models explains fundamental characteristics of matter in general. The project has as a point of departure the question on whether mathematical models used at the microscopic level for describing characteristics of atoms also can be used for describing characteristics of macroscopic matter. The answer to these questions might be one of the keys to understanding why macroscopic matter is stable. In order to answer this question Professor Solovej and his colleagues will have to study models of matter on all scales: from the microscopic subatomic level to the macroscopic level of the structure of giant stars.

The project differs from theoretical physics by its point of departure in the mathematical models, which will be further developed without necessarily paying attention to the physical relevance. Philosophically this gives the advantage of not letting the development be restricted by reality, and this method has nevertheless often demonstrated how a theoretical mathematical model subsequently has proved useful in describing physical phenomena very accurately. This is for example true in the study of systems in 1 or 2 dimensions which was previously regarded as a mathematical curiosity, but is now studied in laboratories all over the world.

In addition to being a highly appreciated colleague and teacher Professor Solovej is also deeply involved in several leading administrative posts including vice chairman in Danish Mathematical Society, secretary of The International Association of Mathematical Physics and newly appointed head of The Danish Council for Independent Research – Natural Sciences. Professor Solovej is especially proud of the 2001 award for being Teacher of the Year at University of Copenhagen. An award that is undoubtedly is the result of his great commitment, his well-preparedness, and his ability to visualize mathematics as relevant for students from many fields.

Read more about ERC grants and the other professors awarded at SCIENCE.