The Department of Mathematical Sciences is proud to announce Professor Paul Embrechts, ETH Zurich, as the next distinguished Harald Bohr lecturer. He will Tuesday 10 October 2017 give a lecture titled “The mathematics of risk”.

Paul Embrechts presents his lecture as follows: “Current events around the world bring the consequences of natural catastrophes almost daily to our attention. In this talk I will discuss how mathematical and statistical methodology through the field of Extreme Value Theory (EVT) offers a scientific language useful in a broader societal discussion around such devastating events. I will review some of the main mathematical results and indicate where necessary future research is needed”.

Paul Embrechts is Professor of Mathematics at the ETH Zurich (Swiss Federal Institute of Technology, Zurich) since 1989 where he teaches insurance and financial mathematics. He was born in 1953 in Belgium. He received his mathematics diploma from the University of Antwerp, his doctorate from the Catholic University of Leuven and, prior to joining the ETH Zurich in 1989, he held positions at Imperial College, UK, and Limburg, Belgium.

He has published extensively in the areas of probability, insurance and finance, and co-authored several books including the influential "Modelling of Extremal Events for Insurance and Finance", Springer, 1997 and "Quantitative Risk Management: Concepts, Techniques and Tools", Princeton University Press, 2005 and 2015.

He is on the editorial board of numerous academic journals, including “Finance & Stochastics” and “Insurance: Mathematics and Economics”. He is a regular keynote speaker at international conferences and holds numerous academic and industrial positions and titles. They include an Honorary Doctorate from the University of Waterloo, the Heriot-Watt University, Edinburgh, and the Université Catholique de Louvain. He is an Elected Fellow of the Institute of Mathematical Statistics and the American Statistical Association, and has various honorary fellowships at the Institute and the Faculty of Actuaries, UK, Institut des actuaires, France, the Belgian Institute of Actuaries, the Italian Institute of Actuaries, and the Swiss Association of Actuaries.

After the lecture there will be a reception in “Vandrehallen”, HC Ørsted Institute, Universitetsparken 5, at the stairs to the MATH-buidling.

Slides from the lecture

Photos from the lecture: 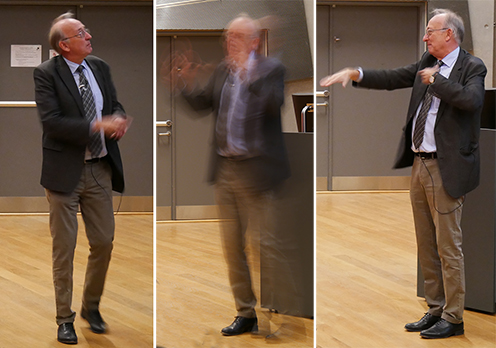 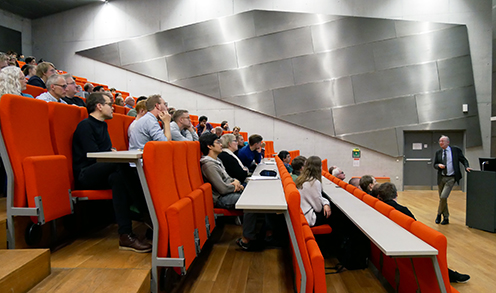 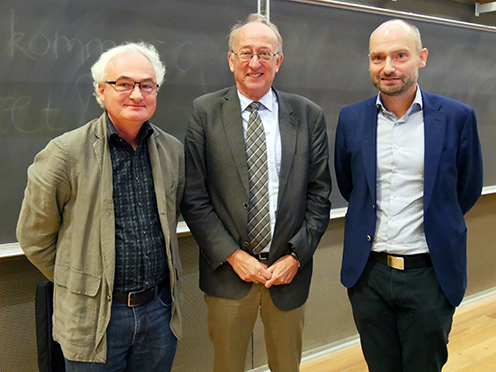