Postdoc researcher Robyn Stuart, from the Statistics and Probability Theory group at Department of Mathematical Sciences, receives funding for a 15 month health and math project on modeling "care cascades”. 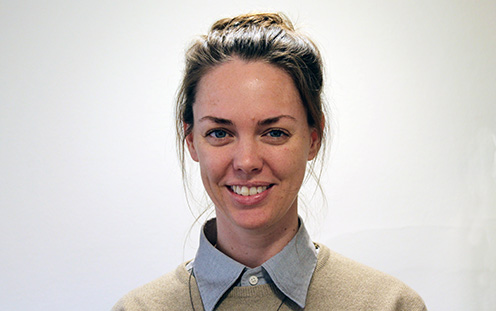 Before arriving in Copenhagen, Robyn was working as a mathematical modeller on an international HIV program evaluation project based at the University of New South Wales in Sydney.

The concept of a “care cascade” first gained traction within the field of HIV, where it has been used to characterize the steps of care that people living with HIV go through. In most parts of the world, large gaps exist between the number of people who have HIV, those who are aware of their infection, those accessing medical care, and those receiving effective treatment.

The care cascade is a tool for understanding the number of people engaged in each stage, and has been highly effective in identifying weaknesses at different stages or unacceptable variations between different groups or countries.
Robyn Stuart describes her project as follows:

“Over the duration of this project, we propose to take the concept of a care cascade and make it substantially more general, developing a single unified framework that can be applied across application areas in health and development.

“The concept of a cascade can be described in mathematical terms by considering (1) a series of states or compartments; and (2) a series of edges that describe movement between the compartments.

“Our modeling approach for the generic cascade tool will involve implementing these objects in Python (a standard and publicly-available scientific programming language), and developing a user-friendly interface”.

The duration of the project is 15 months (from January 2018 to March 2019), and it will involve collaborations with the Department of Economics at University of Copenhagen as well as with staff from the Gates Foundation.