The Department of Mathematical Sciences is proud to announce our next Harald Bohr Lecturer: Professor Gerd Faltings, Director of the Max Planck Institute for Mathematics in Bonn, will Thursday 29 October 2015 give a lecture titled “Diophantine equations”.

Gerd Faltings writes in his abstract: “I give an overview of what is known and what is conjectured about the solutions of diophantine equations, and what are the techniques involved. For the latter we necessarily touch other fields of mathematics, like moduli spaces, p-adic Galois representations.” 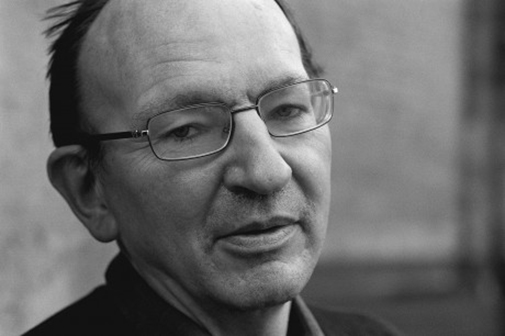 Professor Gerd Faltings, currently the Director of the Max Planck Institute for Mathematics in Bonn, is an outstanding mathematician of our times, world-renowned for his groundbreaking contributions to algebraic geometry and number theory. He received the Fields Medal in 1986 primarily for proving the Mordell conjecture, dating from 1922.

In addition to the Fields Medal, Gerd Faltings is the recipient of numerous other awards, including a Guggenheim Fellowship in 1988, the Leibniz Prize of the Deutsche Forschungsgemeinschaft (1996), the Karl Georg Christian von Staudt Prize (2008), the Heinz Gumin Prize for Mathematics of the Carl Friedrich von Siemens Foundation (2010), the Federal Cross of Merit 1st Class (2009), the King Faisal International Prize for Science (2014), and the Shaw Prize in Mathematical Sciences (joint with Henryk Iwaniek) in 2015.

Here are excerpts from the Laudatio delivered by Barry Mazur (Harvard University) at the Fields Medal Award ceremony, International Congress of Mathematicians, Berkeley, 1986:

''One of the recent great moments in mathematics was when Gerd Faltings revealed the circle of ideas which led him to a proof of the conjecture of Mordell. The conjecture, marvelous in the simplicity of its statement, had stood as a goad and an elusive temptation for over half a century: it is even older than the Fields Medal! In modern language it takes the following form:
If K is any number field and X is any curve of genus > 1 defined over K, then X has only a finite number of K-rational points.
To get a feeling for our level of ignorance in the face of such questions, consider that, before Faltings, there was not a single curve X (of genus > 1) for which we knew this statement to be true for all number fields K over which X is defined!''

''Already in the twenties, Weil and Siegel made serious attempts to attack the problem. After their work, there was little progress for thirty years. It was in the sixties and early seventies that several new developments occurred in algebraic geometry and number theory which were to influence Faltings (work of Grothendieck, Serre, Mumford, Lang, Néron, Tate, Manin, Shafarevich, Parsin, Arakelov, Zarhin, Raynaud, and others). These developments, which enter in an essential way in the work of Faltings, encompass three grand mathematical themes, and Faltings proved the conjecture of Mordell, by first establishing the truth of some other outstanding conjectures—fundamental to arithmetic and to arithmetic algebraic geometry.''

Proving the Mordell conjecture was not only ''extremely important for algebraic geometry, but also significant in the search for a proof of Fermat’s Last Theorem''. Faltings’ result implied that for each n>2, there is only a finite number of co-prime integers x, y and z such that the equation x^n + y^n = z^n is satisfied; Fermat’s theorem states that there are no such numbers.

Professor Faltings went on to make many other fundamental contributions to several areas of algebraic geometry, number theory and topology. His fields of research include diophantine equations, Arakelov theory, abelian varieties, moduli spaces of vector bundles and p-adic Hodge theory.