The Department is proud to announce Professor Persi Diaconis as the next lecturer in the Harald Bohr lecture series on Tuesday 24 March 2015, with the lecture "Adding Numbers and Shuffling Cards". 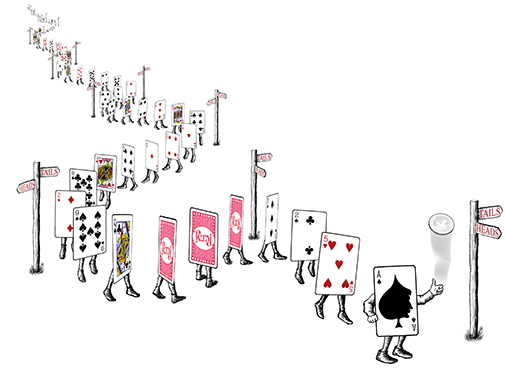 Abstract: When numbers are added in the usual manner, "carries" occur along the way. It turns out that the carries form a Markov chain with an "amazing" transition matrix. This same matrix occurs in the analysis of the usual method of riffle shuffling cards (the seven shuffles theorem), in character theory, sections of generating functions, and elsewhere. These connections say new things about adding numbers. I will explain all of the terms above to a general mathematical audience.

Professor Persi Diaconis is one of world’s most celebrated mathematicians of our time. Upon receiving his Ph.D. from Harvard in 1974, he was appointed Assistant Professor at Stanford and promoted to full Professor there in 1979. Following periods as Professor at Harvard (1987-1997) and Cornell (1996-1998), he has been Professor of Statistics and Mathematics at Stanford University since 1998.

His fundamental contributions, including ''pioneering work on the speed of convergence of Markov chains to equilibrium, a rapidly growing field with numerous applications to statistics, physics and computer science'', have been recognized with prestigious awards. He is a recipient of a Rollo Davidson Prize from the University of Cambridge (1981), and was awarded a MacArthur Foundation Fellowship (1982-1987). He is a Fellow of the Institute of Mathematical Statistics, a Fellow of the American Academy of Arts and Sciences, a Fellow of the American Statistical Association, a Member of the National Academy of Sciences, a Member of the American Philosophical Society and a past President of the Institute of Mathematical Statistics. He holds honorary degrees from University of Chicago, Toulouse, Uppsala, Queen Mary University London, Athens and University of St. Andrews. In 1998 Persi Diaconis was a Plenary Speaker at the International Congress of Mathematicians in Berlin.

Here are Professor Persi Diaconis' own words from a 1984 interview with Morris H. DeGroot for a Statistical Science conversation article:

''I think statistics is a beautiful rich field. How could you work in all the different areas that I've been allowed to work in, and still call yourself one thing: a statistician. The field is rich enough to allow that and even support it. You can do work in group theory and number theory, and do work in applied perception psychology, and it's all part of probability and statistics. I have no plans to do anything other than what I'm doing, which is going 20 hours a day and hoping to keep up with myself. I'm still fascinated by problems and trying to understand in my own language what the elders have been doing, hoping to relate that to what the youngsters are doing.'' 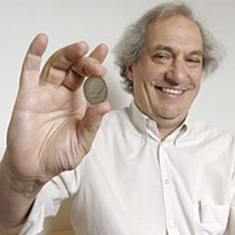